Yesterday, Producciones Pura Raza, confirmed through a video the collective show on behalf of these two companies. It should be noted that this is the first time that ROH has collaborated with the CMLL in Mexico, notwithstanding elements of the CMLL and a have participated in events of the North American company, on US soil.

The last time, that elements of both companies faced was the past 15 June in the State of Art event celebrated in San Antonio, Texas. This event marked the debut of Atlantis, Stuka Jr, Guerrero Maya Jr, where on the first night they beat SoCal Uncensored and in the second they fell to The Kingdom.

Ultimo Guerrero and Titan have participated in the agreement between companies, the first of them even for struggles on ROH TV.

The joint event will take place on August 4 at Rodeo Santa Fe, in Tlalnepantla State of Mexico, for the time being they were released the first two matches of the card, being a battle between Sorcerer and Christopher Daniels for the NWA World Historic Light Heavyweight Championship and a tag team match between Volador Jr and Rey Cometa against. The Briscoe Brothers. 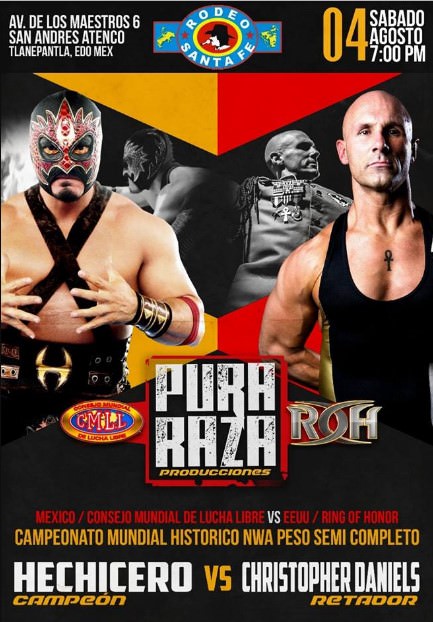 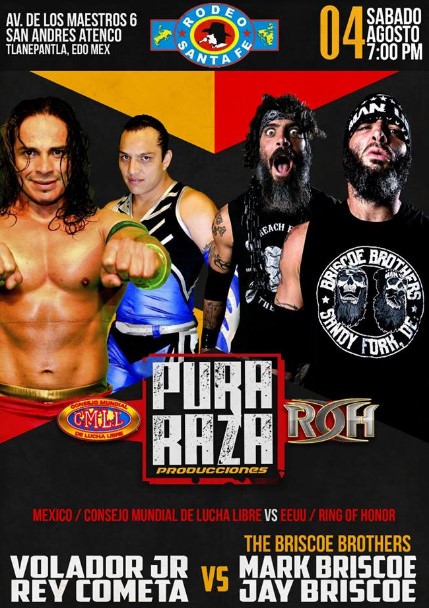