Mandy Rose was scheduled to face Asuka at WrestleMania

Dave Meltzer, Wrestling Observer journalist, reported in the latest newsletter that Mandy Rose was scheduled to win the four-way fight that was to be held in the last episode of SmackDown Live in which Sonya Deville was also going to participate, Carmella and Naomi. With that victory, Mandy Rose would have won a title fight at WrestleMania against Asuka. 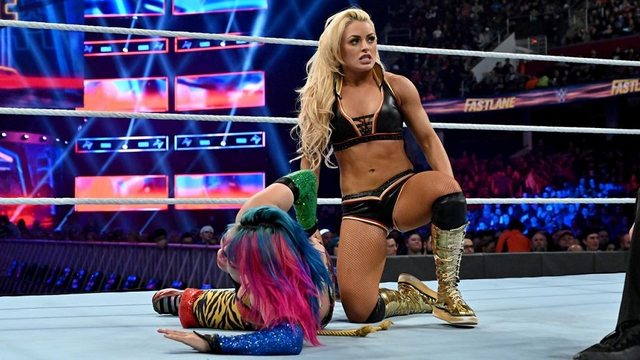 However, the plans for this match and in relation to the title of women changed before the recordings of SmackDown Live. The decision was made internally, although Vince McMahon had the last word. The reason she decided to take the Asuka Championship was because she did not have an attractive fight in WrestleMania and not overload the billboard with “filler” matches.

There has also been talking of the stipulation of titles since we now have two championships in combat. WWE has not yet made its position clear and we are likely to know something on Monday, on Monday Night Raw. However, it is possible that both titles are in play. In this case, it is likely that Becky Lynch will take the belt of the fighter who iron. Bryan Alvarez speculated last night, in the last Wrestling Observer Radio show, that WWE would also have made this decision to have a WrestleMania final with the 4 NXT horsewomen lifting the female titles of the main roster, which would mean that Becky Lynch would win the Raw Championship. This would also lead to a future fight between the 4 horsewomen of WWE and the 4 of MMA.